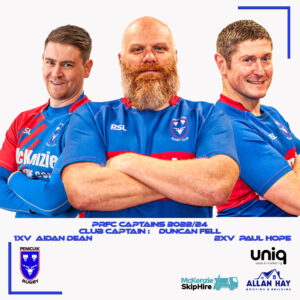 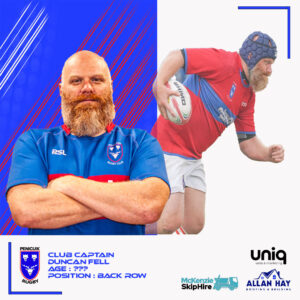 Duncan Fell continues in role for another season.  Big Dunc (or the ginger uncle Albert), has carried out his duties beyond the call of duty and we are delighted he has agreed to continue for season 2022/23.  Duncan has ensured the senior side are continued to be well looked after and is instrumental in the recent investment in new scrummaging machines, training equipment and gym equipment.

Members also note they enjoy his Aussie banter and humour when its his bar weekends. 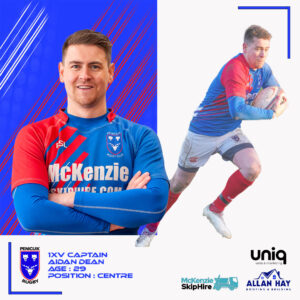 We’d like to introduce Aidan Dean as the 1xv captain for this year.  Aidan makes the step up from vice captain and is already stamping his influence on the team during pre-season.  Having the experience of European rugby from his time at Marbella RFC, and his all round ball skills we are looking forward to seeing the 1xv this season.  Having recently got married during the summer, and also having a 1yr old, we are impressed with his ability to multi-task all things rugby and thank Kirsty for signing the rugby Saturday consent letter.

Aidan takes over from Luke Di Rollo who, for work and personal commitments, made the decision to step down during the summer.  Luke has had a massive influence on the club, has contributed to the development of our young side and we want to publicly thank him for his captains duties.   Luke will continue to support Aidan as vice captain this season. 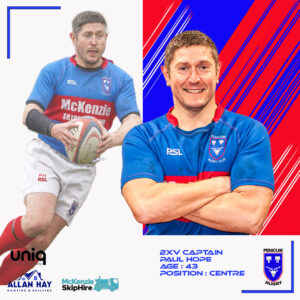 Paul Hope (or Mr PRFC) takes on the 2xv armband for a further season.  Paul started off playing for our mini section in the 1980’s and was part of our successful U14 & U16 teams in the 1990’s who were Edinburgh champions and reached the semi finals of the Scottish Championships in 1993 & 1995.  Paul also represented Edinburgh district on several occasions where as hooker, he scrummed down alongside former Scotland prop Allan ‘Chunk’ Jacobsen.

Having earned his strips for the 1xv on the wing, Paul opted to assist the 2xv where he has been instrumental, alongside 2xv head coach Rich Mann, in ensuring we regularly turn out a side every weekend.  Paul can also be found coaching the U14’s.